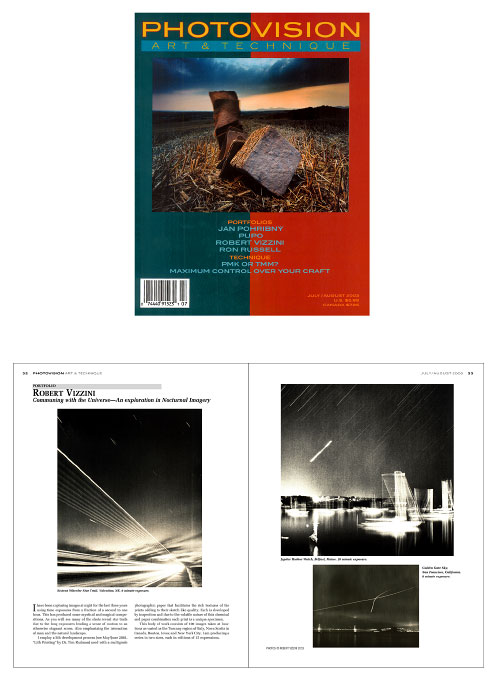 Communing With The Universe

An Exploration In Nocturnal Imagery

I have been capturing images at night for the last three years using time exposures from a fraction of a second to one hour. This has produced some mystical and magical compositions. As you will see many of the shots reveal star trails due to the long exposures lending a sense of motion to an otherwise stagnant scene. Also emphasizing the interaction of man and the natural landscape. I employ a lith development process (see May/June 2001, "Lith Printing," by Tim Rudman) used with a multigrade photographic paper that facilitates the rich textures of the prints adding to their sketch like quality. Each is developed by inspection and due to the volatile nature of this chemical and paper combination each print is a unique specimen. This body of work consists of 100 images at this time taken in such varied locations as the Tuscany region of Italy; Nova Scotia, Canada; Bouton, Iowa; and New York City. I am producing the series in two sizes, each in editions of 15 expressions.